Goldner Puts the Chill Back in the Wells Fargo Center

Since opening in 1996, the Wells Fargo Center in Philadelphia has been one of the busiest arenas in the world. It is home to the Philadelphia Flyers of the NHL, Philadelphia 76ers of the NBA and the Philadelphia Soul of the Arena Football League. The building has hosted concerts by performers including Adele, Bruce Springsteen and Paul McCartney as well as the national conventions of both the Democratic and Republican parties.

Such a busy schedule of events created a challenge when the arena’s management required repairs to HVAC controls and systems. Among the repair issues:

Of primary concern was that the buildings centrifugal chillers were short cycling causing the buildings chillers motor and rotor to fail prematurely. Each rotor failure costs tens of thousands of dollars to remediate, and the time needed to order and receive a new rotor was about 16 weeks, requiring significant, costly downtime. As a result, the client lost the luxury of having a backup chiller for months during the repair process.

An additional concern was the Center’s use of an ice bank storage system equivalent to a 1,000-ton chiller. The ice in this storage system was being made during the evening hours, and it supplemented the chillers during the day or during venue events. In addition to not having a backup chiller during the construction process, the client also lost the capacity to replenish the ice in the storage system to 100% capacity.

The solution to the problem? Goldner evaluated all systems of the Center in order to redesign and reengineer the control system to function properly. Goldner installed a new control system, including all programming, front end controls and graphics. The new system was designed to allow for later expansion and provided the Center with remote access to the new controls.

Since the building operates 24/7, controls had to be changed out – including front end controls – without any operational disruptions to the building and equipment. The change-out had to be performed around days during which special events were being held at the venue, including many concerts, Flyers and Sixers games.

To execute this construction project as efficiently as possible, Goldner discussed the operation of the building in detail with the client. Based upon their input, Goldner employees used their experience and knowledge of the building’s systems to generate new operating sequences for each system. Goldner then engineered and programmed a completely new control system to perform the identified sequences. Following the installation of the new control system without any disruption to the building operation, Goldner and the client monitored the building remotely around the clock to ensure 100% operating reliability. 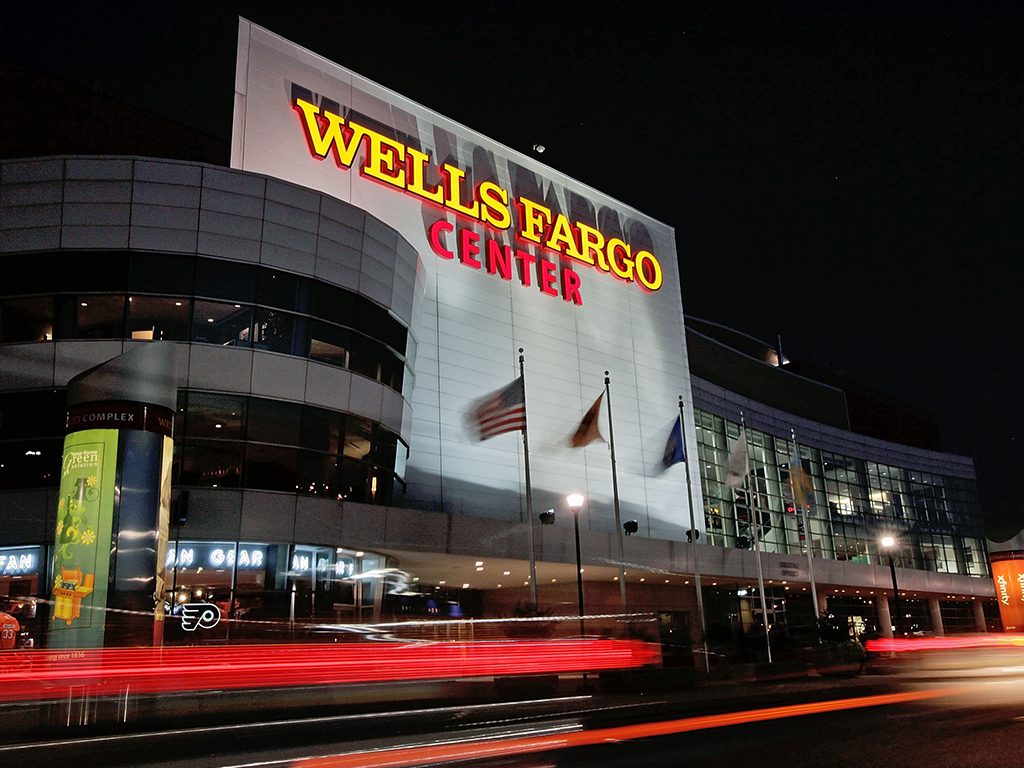