On December 4th, the city of Philadelphia and Mayor Michael Nutter held a press conference to show his support for a new solar project at Riverside Correctional Facility and to commend U.S. Facilities and the Herman Goldner Co., Inc.’s effort in continuing to provide new solutions for everyday problems.

Mayor Nutter stated: "This is the first installation of its kind anywhere in the United States of America." Herman Goldner Co., Inc., Inc partnered with U.S. Facilities, Inc. for the installation of a large domestic hot water solar project located at the Riverside Correctional Facility. This is the first solar installation for the City of Philadelphia and the Philadelphia Prisons System (PPS). The entire project from inception to completion took just under 5 months. The project was the convection of John Carroll Jr. of U.S. Facilities, who brought the energy savings concept to Roseanne Duzinski, their Contract Compliance Administrator, to investigate the plan. With the review and cooperation of many City officials and agencies the project was authorized and implemented. The project was part of Mayor Nutter’s “Green” initiative in the (PPS) under the direction of Commissioner Louis Green. The project will provide energy savings of 20-25% annually over the anticipated 25-year life of the system, saving an estimated $1.1 million and one million pounds of carbon emissions.

“This is an investment in our future, reducing our energy usage and saving us money,” said Mayor Nutter. “Philadelphia is actually one of the sunniest cities in the world at our latitude and solar power represents a huge opportunity for us. With this project, we are leading by example to demonstrate to our citizens and businesses the benefits of tapping the sun’s energy.”

The project consisted of the installation of (45) solar panels, (2) new 1 million BTU Buderus gas/oil fired boilers along with (15) indirect hot water storage tanks. The project also included the removal of (3) 1,000 gallon direct fired domestic water boilers without any interruptions. The new system maintains a constant supply of domestic hot water to both the prisoner showers and the laundry facility. The installation was performed by Herman Goldner Co., Inc.'s plumbing division under the supervision of Chris Tole, project manager Chris Aaron, account representative Jim Childs and on-site supervisor Ed Hayes. The communication and experience of these individuals helped to make this project not only a success but has paved the way for the teaming of U.S. Facilities and Herman Goldner Co., Inc. with future solar installations. Herman Goldner Co., Inc. offered thanks to U.S. Facilities, PWRT, Mayor Nutter, PPS, various city agencies along with project partners Buderus Corporation and the J.Lorber Co., who all contributed to the success of this project. 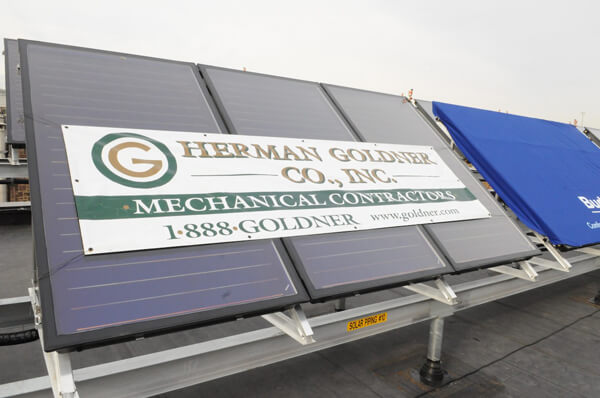 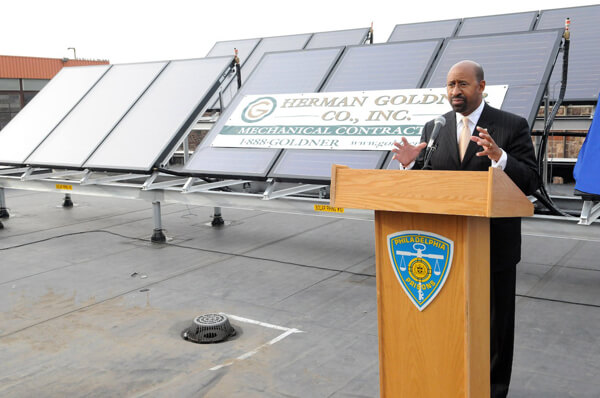 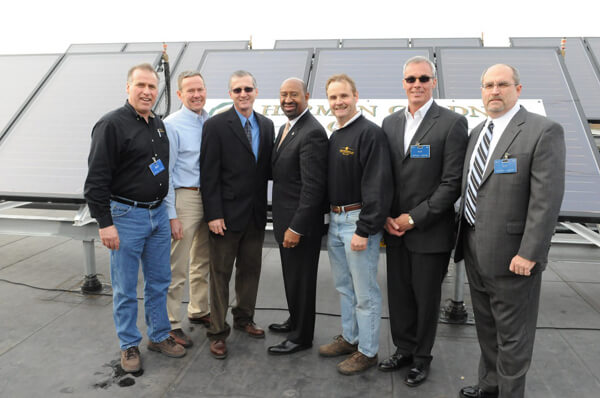